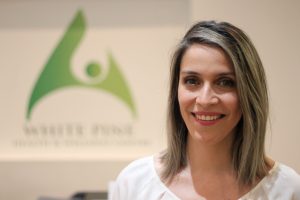 Tammy graduated from the University of Toronto with an “Honors in Science” and obtained her Doctorate in Physical Therapy in the United States.

Her thesis, ‘Effects Of Exercise In Falls Prevention In Community-Dwelling Older Adults’ took almost 2 years to complete. She finished her manual therapy designations from trained professionals of St. Augustine University in Florida. Finally, got her Dry Needling certification from the prestigious organization Kinetacore, a leading post-graduate program in North America.

Aside from manual therapy and dry needling, she is well versed in hydrotherapy, taping and corrective exercise. She is a true believer in active therapy, thus her treatment goals always include an emphasis on physical activity with aim of improving client’s functional abilities. 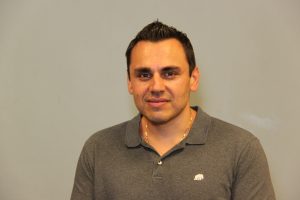 He is an evidence-based practitioner who adopts a multi-disciplinary approach to patient care and management. He provides patients with a diverse range of services; chiropractic care, muscle therapy, manual therapy, medical Acupuncture, rehabilitation exercise, postural/ergonomic advice, and nutritional and lifestyle counselling. Additionally, he is certified in Neurofunctional Contemporary Medical Acupuncture from McMaster University and has extensive knowledge in custom orthotics/shoes, compression hosiery, bracing, and assistive devices.

He believes the care and well-being of his patients is of the ultimate importance and that a patient’s therapy experience should be built upon compassion, trust, competency, and communication. 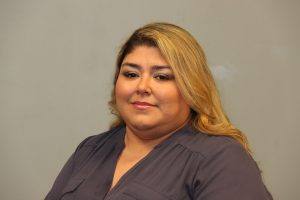 Debora is a Registered Massage Therapist who graduated from ICT Kikkawa College in 2012 and since has worked in various settings,

Through her clinical experience Debora has worked together with medical doctors, physiotherapists, chiropractors, naturopaths and foot specialists.  As a committed practitioner, it has always been her desire to give and help others and go out of her way to ensure that her patients have the best possible care. She is passionate about continuing her education in order to improve her knowledge and skills to better treat her patients.

Her intention is to help you heal by applying a variety of techniques tailored to the individuals need. In order to rehabilitate the body some of the modalities include: myofascial work, trigger point therapy, the range of motion stretching, joint mobilizations, hydrotherapy, Swedish techniques and manual lymph drainage. 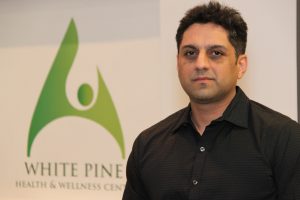 Kashav’s passion for healing and improving health motivated him to pursue a career as a massage therapist. He uses techniques such as lymphatic drainage, trigger point release, fascial release, and deep tissue release to treat musculoskeletal and postural conditions. Some of these conditions include fibromyalgia, headaches, tendonitis, and sciatica amongst others.

Keshav believes in the importance of finding the root cause of a condition, and to treat it in the most effective manner. He is a strong believer in the power of human therapeutic touch and its ability to improve someone’s overall health.

Keshav finished his RMT program at the RMT National Institute and has been practicing ever since. He also obtained his degree as an osteopath from Ontario School of Osteopathy in 2019.

Keshav also has his degree in REIKI since 2001, which he then followed by completing a bachelor degree in Aurvedic Medicine in 2002.  He completed his M.D. in Alternative Medicine from Indian Board of Alternative Medicines in 2005 that included training in massage. All the above qualifications have helped him become the holistic therapist he is today! 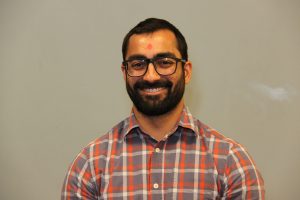 Parth Suthar is a Physiotherapist currently in the licensing process. He completed his Honours Bachelor of Health Science in Kinesiology from Ontario Tech University in 2014. Following that he obtained a Doctorate of Physiotherapy from Bond University, Australia in 2017.

Parth has a keen interest in treating musculoskeletal and neurological conditions and enjoys working with individuals with varying fitness backgrounds. He has gained manual therapy skills from experts in Australia and New Zealand which he has been utilizing throughout his studies. Parth strongly believes manual therapy skills have value within the rehabilitation process.

As a previous rugby player, football player and competitive powerlifter, he enjoys active living. Parth engages his clients to live a healthier lifestyle which will, in turn, ensure longevity and healthy hobbies.

As someone who has completed his studies recently he promotes an evidence based approach to treatment for various conditions, with the ultimate goal of returning individuals to their daily activities and routines. 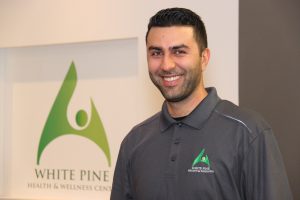 Having played tennis professionally as a teenager, and obtaining a degree in kinesiology, Rouzi pursued his career as an athletic trainer. Being part of tennis camps as a coach during his adolescence gave him the experience he needed to help in the field of rehab.

As he is an athlete, he himself has been through rehabilitation multiple times for various injuries including ankle sprains/ fracture, a shoulder labrum tear, to name a few. He understands what clients are going through more than the rest of our team. This is what makes him great at helping others recover and return to doing what they love to do.

Rouzi is also an expert in hydrotherapy, and strength exercises in water. This is a perfect form of treatment for clients with fibromyalgia, chronic pain, chronic fatigue and weakness as well as rehab post-surgery and fracture.

Rouzi continues to educate himself to use the most effective forms of exercise and tools to help his clients reach their optimal function in the most efficient time. 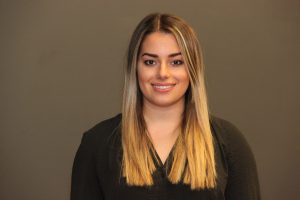 Sandey graduated from York University with a bachelors degree in health studies, specializing in health management. She was previously studying kinesiology and has familiarity with basic physiotherapy skills.

Sandey Has volunteered in various hospitals and has knowledge within the medical field.

She oversees the well-functioning of the facility, including staffing, financing, billing, insurance inquiries, and patient care.

Her main goal is to make the patients experience easy and efficient as much as possible, any insurance or billing related questions you have, she can definitely help out.

She strongly believes in great customer service and making a good first impression by welcoming everyone with a smile. 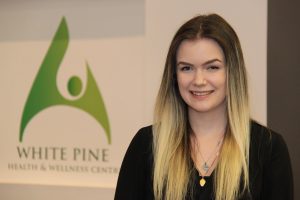 She is currently studying at the University of Guelph for her major in Human Kinetics and a minor in Nutrition and Nutraceutical Sciences. Her plan is to then continue her education by studying for a Master’s degree in Physiotherapy or Occupational Therapy and pursue it as a profession.

She believes physiotherapy integrated with adequate and continuous strengthening exercises, stretches, and nutritious foods can help to overcome many physical obstacles to allows us to live our best lives.

She assists at the front end operations, working reception. She works to ensure each client has the best experience while visiting the clinic.